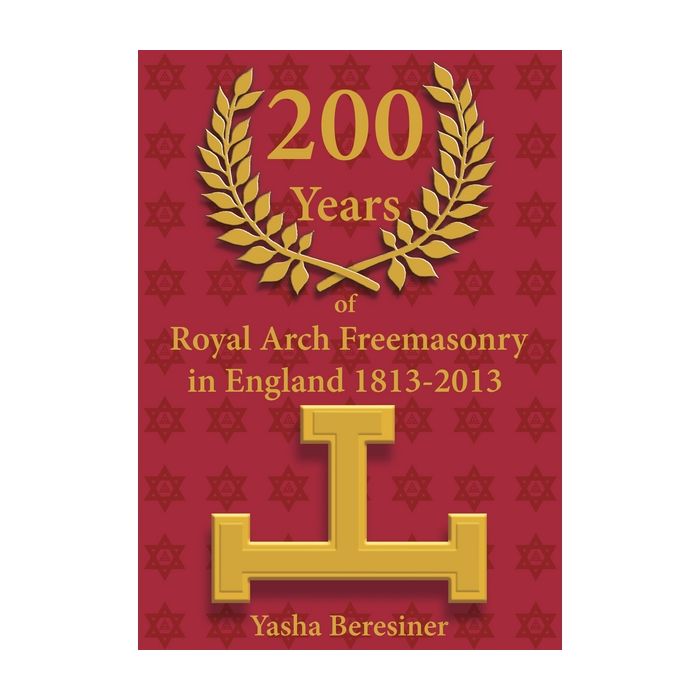 The Royal Arch, also known as 'Red Lodge' or Chapter is one of the most popular and enlightening of the Orders beyond the Craft. Published to coincide with the celebrations of 200 years of Royal Arch Freemasonry, this extensive volume encompasses much more than the title implies. Divided into three parts with added appendices, the book covers the story behind the creation of Supreme Grand Chapter within the context of Craft Freemasonry, to which it is so closely attached. It is a comprehensive guide to the Order of the Royal Arch, its history and development from the mid 18th century to the present day._

This is the only text to date to answer such important questions as: How did the Royal Arch end up in its current position, so unique to England? How did the Antients Grand Lodge treat this 4th Degree of Freemasonry? Was the Charter of Compact really falsified? And did the Duke of Sussex have his own private Chapter?

This easy to read and comprehensive volume includes an innovative story line of the day of celebration on 27 December 1813, written in the form of a novelette. It is in a style that allows the reader to learn all the events surrounding the creation of the Order with ease and confidence. For the serious scholar, Yasha Beresiner's book reveals new ground in the discovery and analysis of documents newly recovered and incorporates a chronology of events from 1813 to 2013.

Review By The Square Magazine:

Yasha Beresiner is a well-known and respected Masonic author and a regular contributor to The Square. His latest publication coincides with the bicentenary celebrations by Supreme Grand Chapter of the formal recognition of the Holy Royal Arch as part of pure antient Masonry. In the absence of any 'official' publication Yasha's book has filled a large void. A considerable amount of ground is covered in what is a relatively slim volume and which is dealt with in three quite different ways. The first part covers the history of the Royal Arch from 1717 to 1813 in a traditional manner. The origin and development of the Royal Arch is considered within the context of Craft Masonry with which it is inextricably linked. Yasha explains very clearly how the Order was treated so differently by the Moderns Grand Lodge on the one hand and the Antients on the other. The second part takes the form an unusual novelette that covers in diary form 'A Day in the Life of the Duke of Sussex': the day in question being 27 December 1813 - a date not without insignificance. Although an interesting diversion, it is not something to trouble the serious Masonic scholar. What is of importance to anybody concerned with the history of the Royal Arch is the very detailed chronology contained in Part 3 of the book. One omission from the chronology, which I am sure will be rectified in any subsequent edition, relates to the decision of Grand Lodge in 2011 to delete the second paragraph added to the Preliminary Declaration to the Constitutions and Regulations in 2003, stating that: The Order of the Holy Royal Arch is not, and never has been, the completion of the Third Degree. All in all a very worthwhile addition to the library of anyone interested in learning more about the Royal Arch and its significance within the spectrum of Freemasonry.